With Jesus as our example, we are honored to lead, guide, and sacrifice for the community of GateWay Bible Church 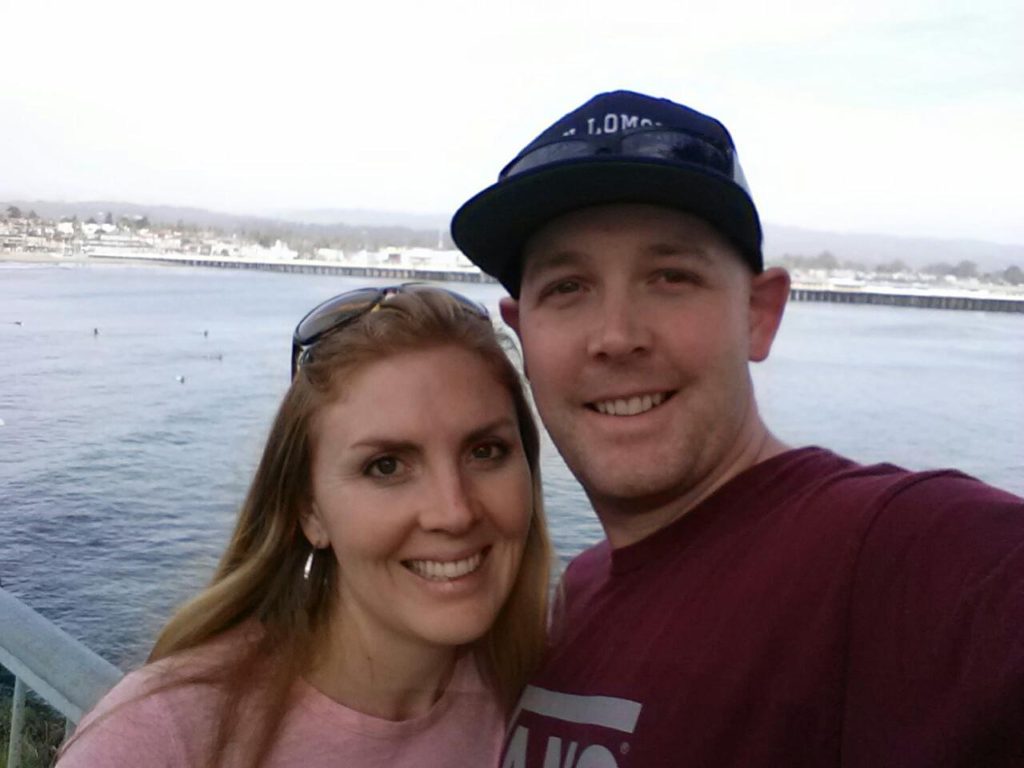 A San Lorenzo Valley native, who has been married to her best friend since 2006 and has two beautiful young children, Carson and Mariah. Amy’s favorites are camping trips, beach days, hiking, and biking – keeping active and in awe of God and exploring God’s beautiful creation with family and friends. 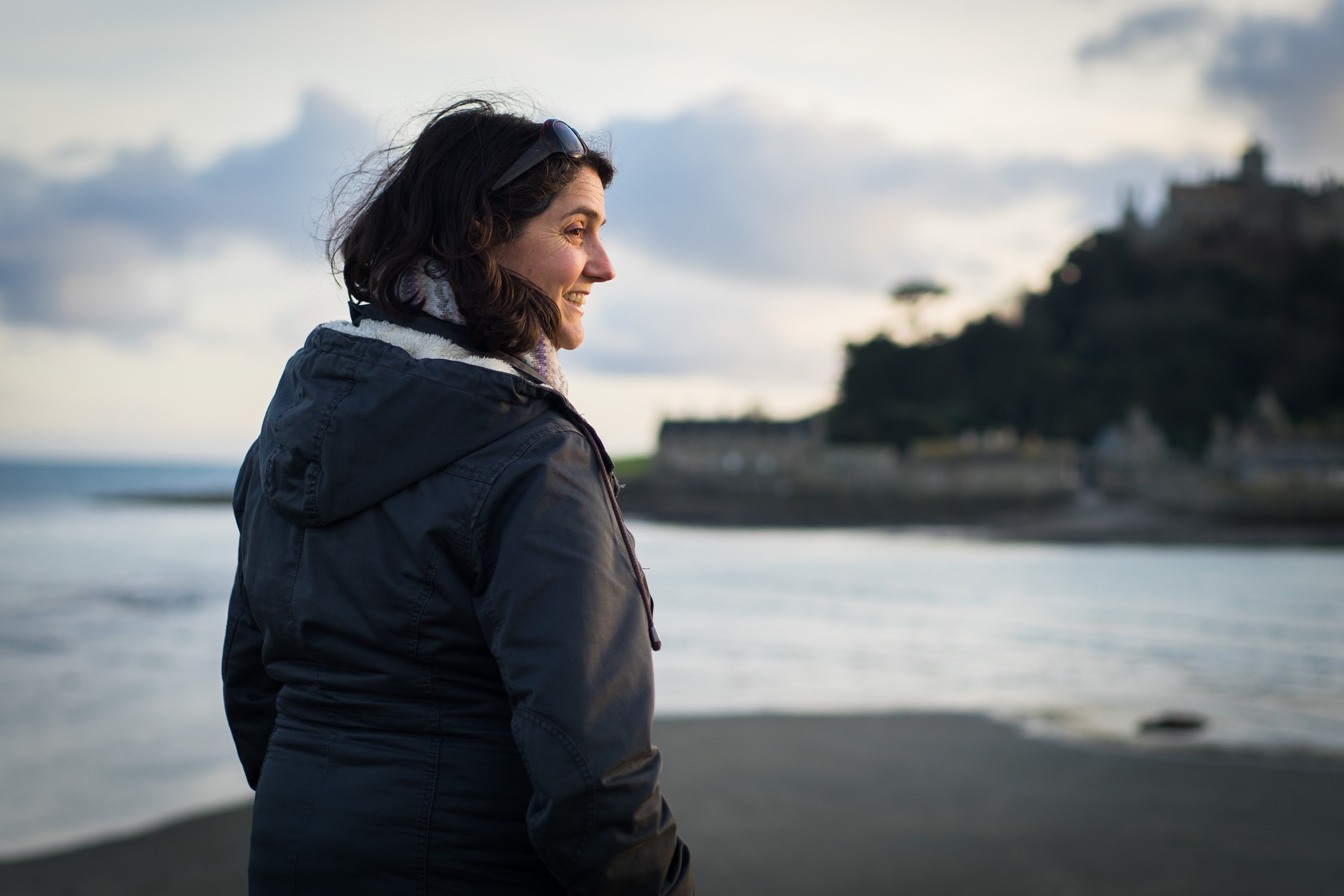 Assistant to Next Gen Pastor

Chesney grew up in SLV and after attending multiple colleges up and down the west coast ended up back in Santa Cruz county.  She is married to Tim, who from time to time shows off his piano skills on the worship team.  They have 3 boys, Caleb, Tyler and Tayte, who keep life fun, interesting and busy.  After living in Europe they all love to travel and explore more of this big world.  Even though they lived in a cold country for a while, she always keeps sunglasses on her head…always ready for the sun! 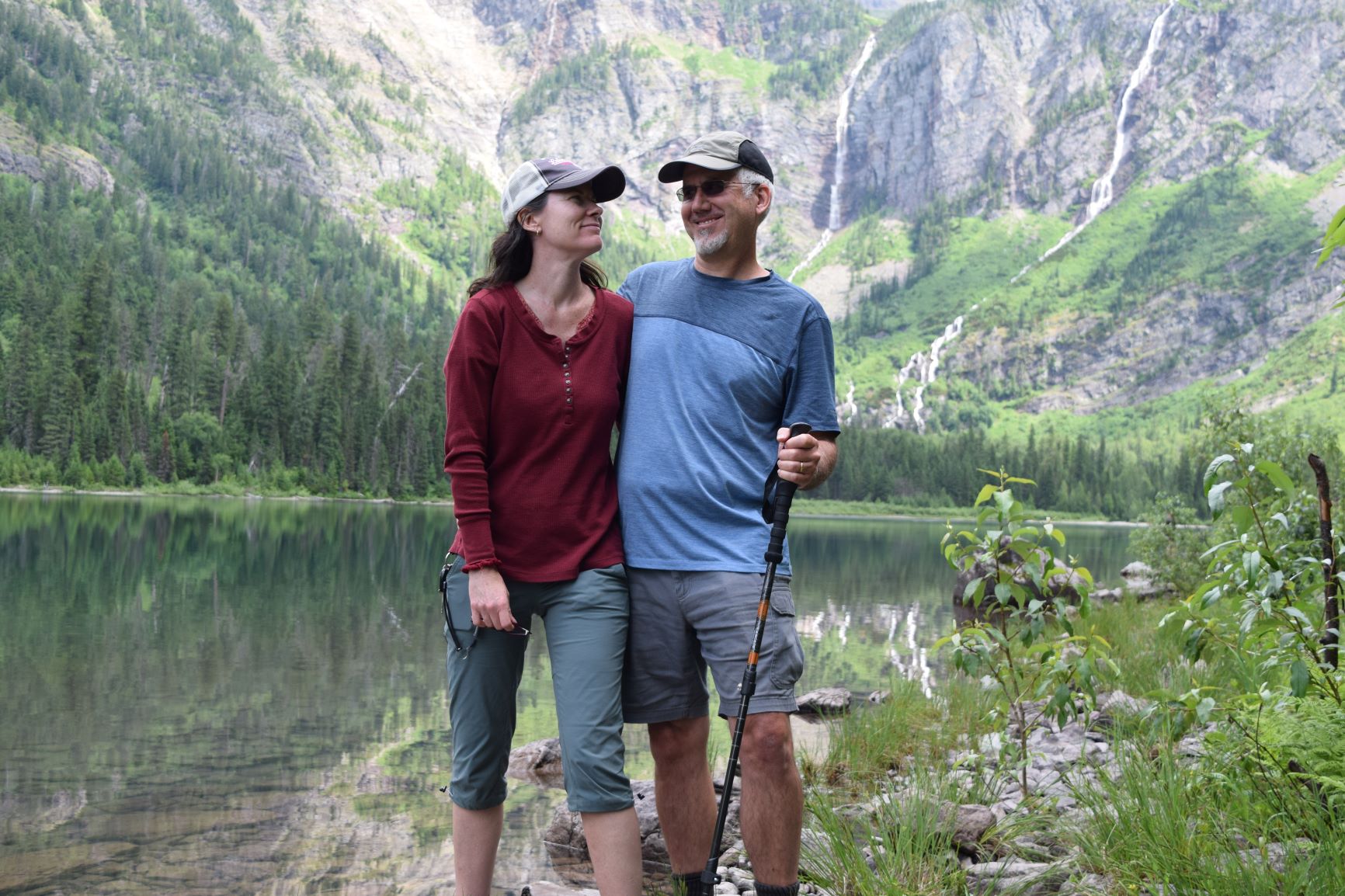 Christen has a passion for learning from God’s word and teaching others about it. She’s been married to her best friend, Erik, since 1995 and been blessed with a son and daughter. She enjoys reading, camping, tennis, hiking, paddle boarding and just about anything outdoors. She plans to visit all the National Parks in America. Her favorite one so far is Glacier National Park! 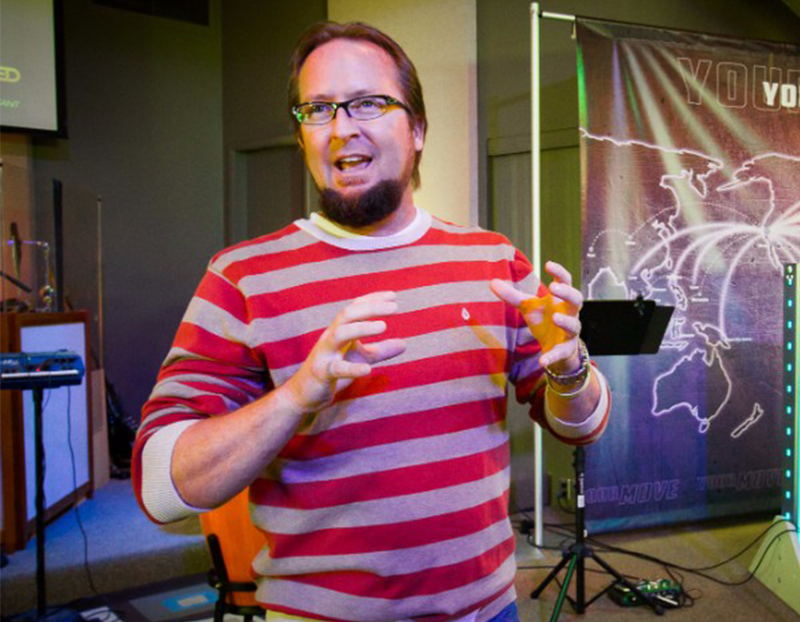 Husband, Dad, Next Gen Pastor (a.k.a.Bowmanator). Dan is a SoCal boy living in the NorCal area. His blood bleeds blue and purple for the Dodgers & Lakers. He’s been married to his beautiful wife Jeni since 1996 (119 in dog years). He has 3 kids: Spencer, Brendan & Makenna. Interesting Facts: Dan is blind and deaf when he surfs, but knows how to rip. He loves musicals, but will deny it if you ever ask him. He also loves spending time with God, and going to every fast food restaurant he can. 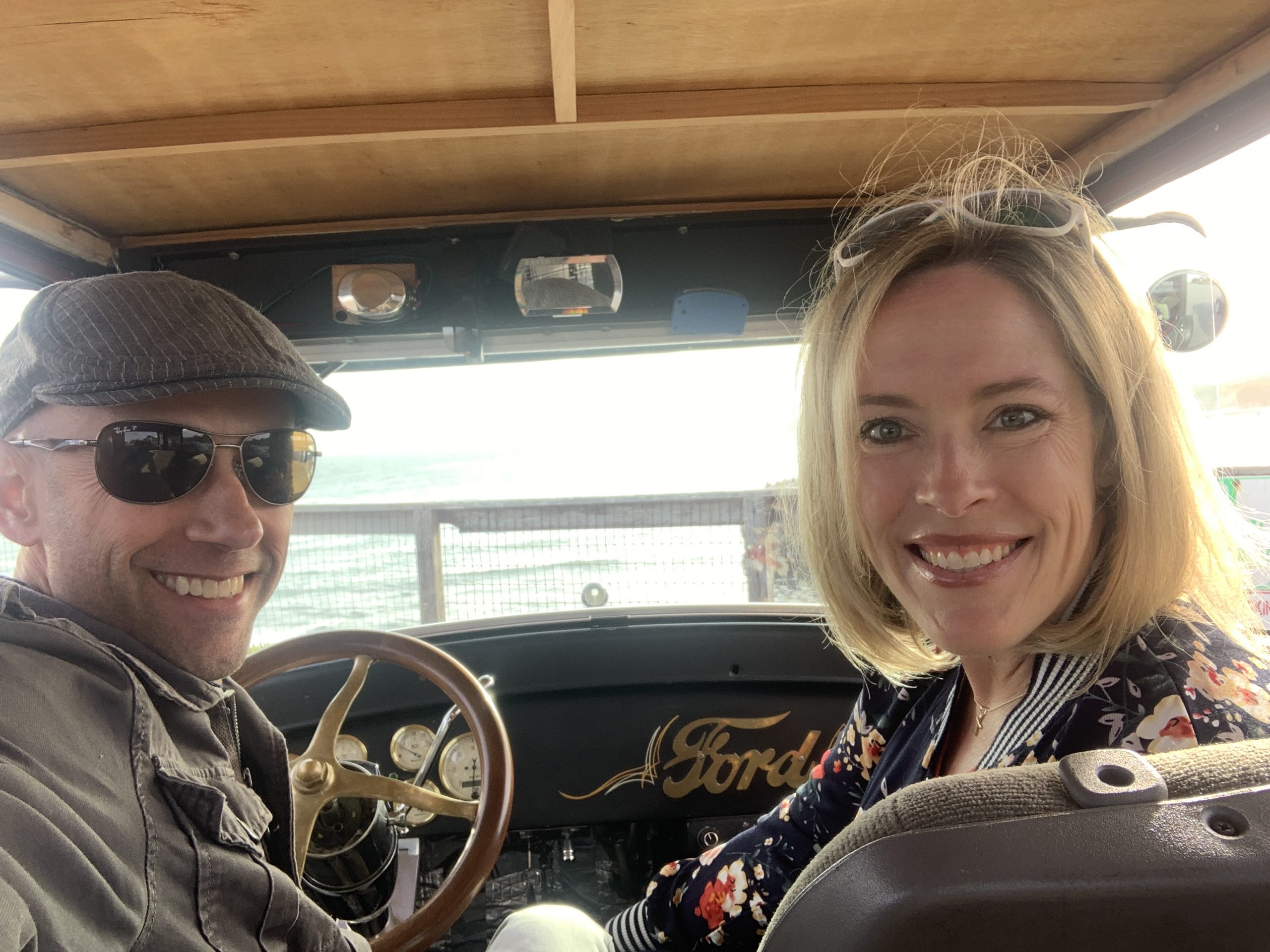 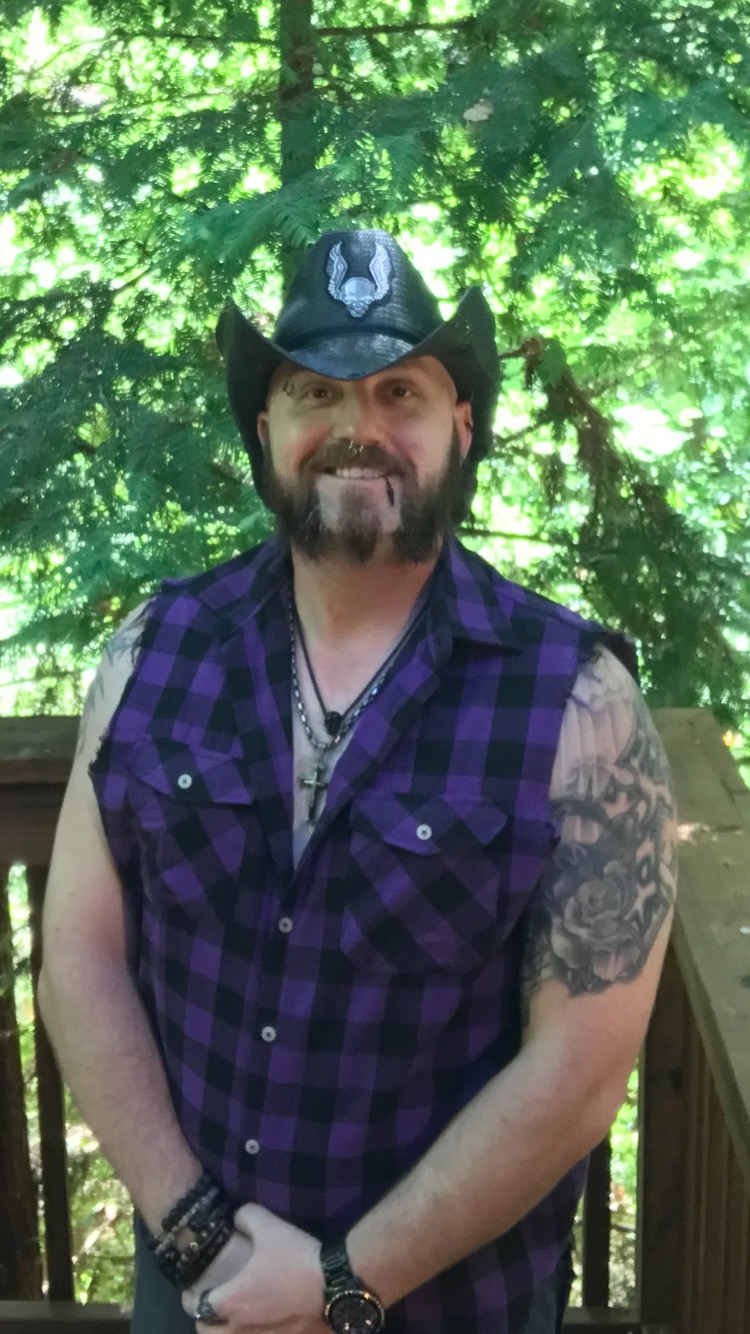 James has a passion for music, sports, surfing, and working hard. His love for staying fit and healthy pours over into his extreme detail for organization and cleanliness. He enjoys fixing anything and everything, especially learning to fix a new challenge. He is currently attending school to become an addiction counselor to help people in need and his biggest passion of all is helping others with anything through our Lord and Savior, Jesus Christ! 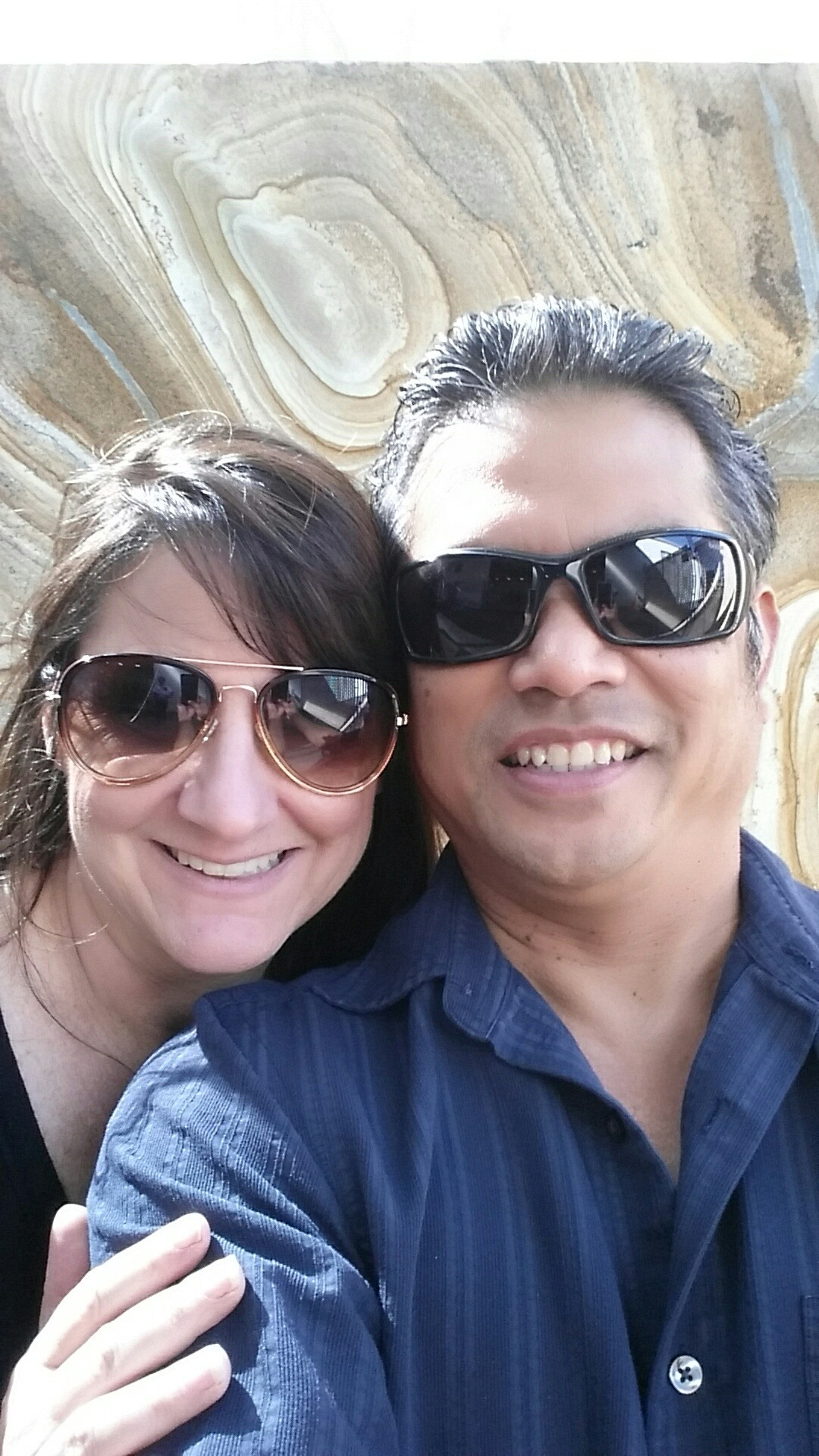 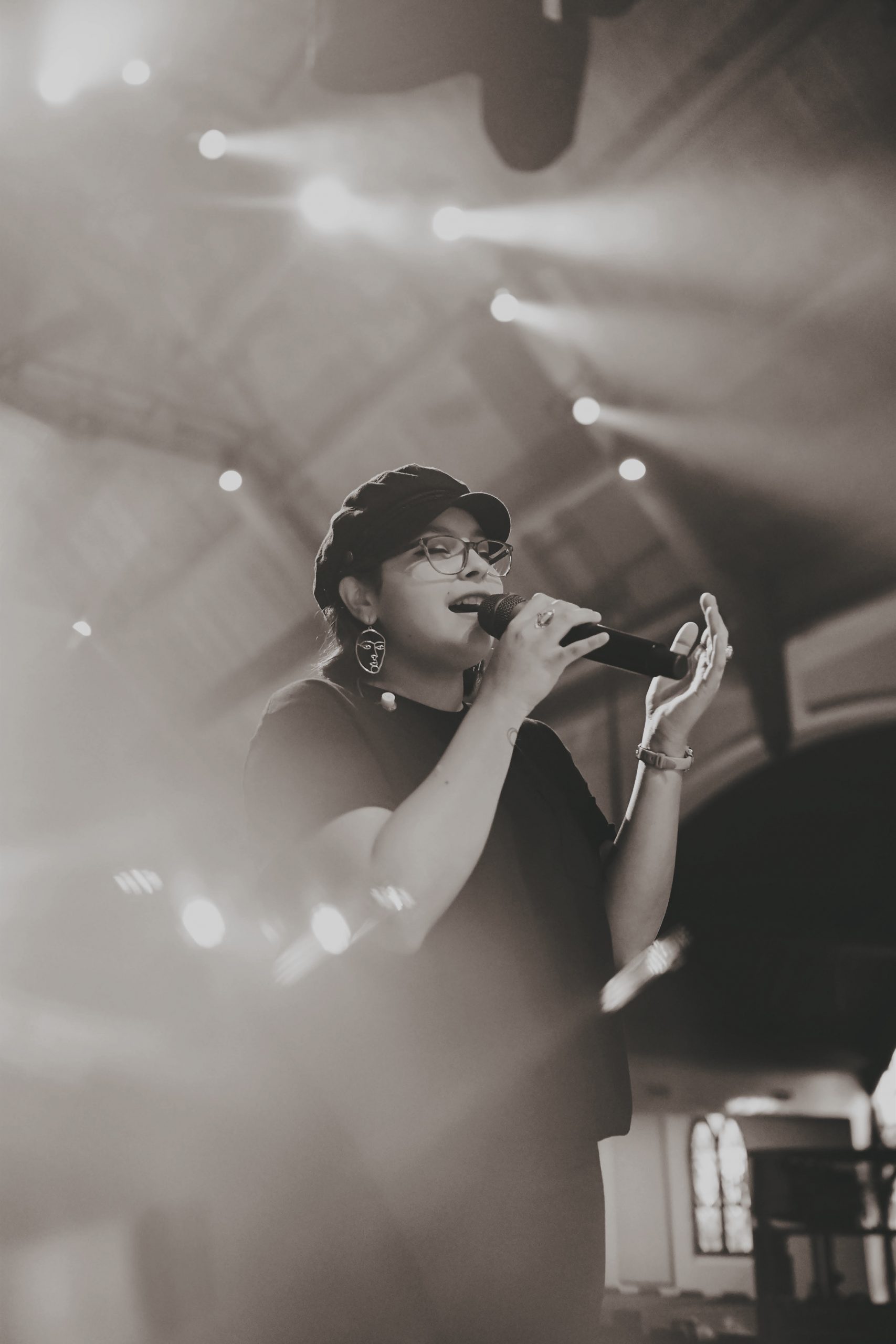 Jules is a born and raised Scotts Valley/Santa Cruz local. She’s 23 years old and optimistic about anything life throws her! She really enjoys exploring/adventuring nature on her own and with friends,(big love for her introvert side), whether it be by car or by foot, she just loves discovering new places! Some basic facts are, her favorite color is lavender, she has a crazy obsession with cows & dogs, and fun fact she’s afraid of butterflies! Jules has a big passion for worship and she’s also just like any of us who appreciates the gift of music, so if you ever feel inclined to talk music or share music, she’s all ears! She’s so excited and always looking forward to every new season of growth God has to offer her! 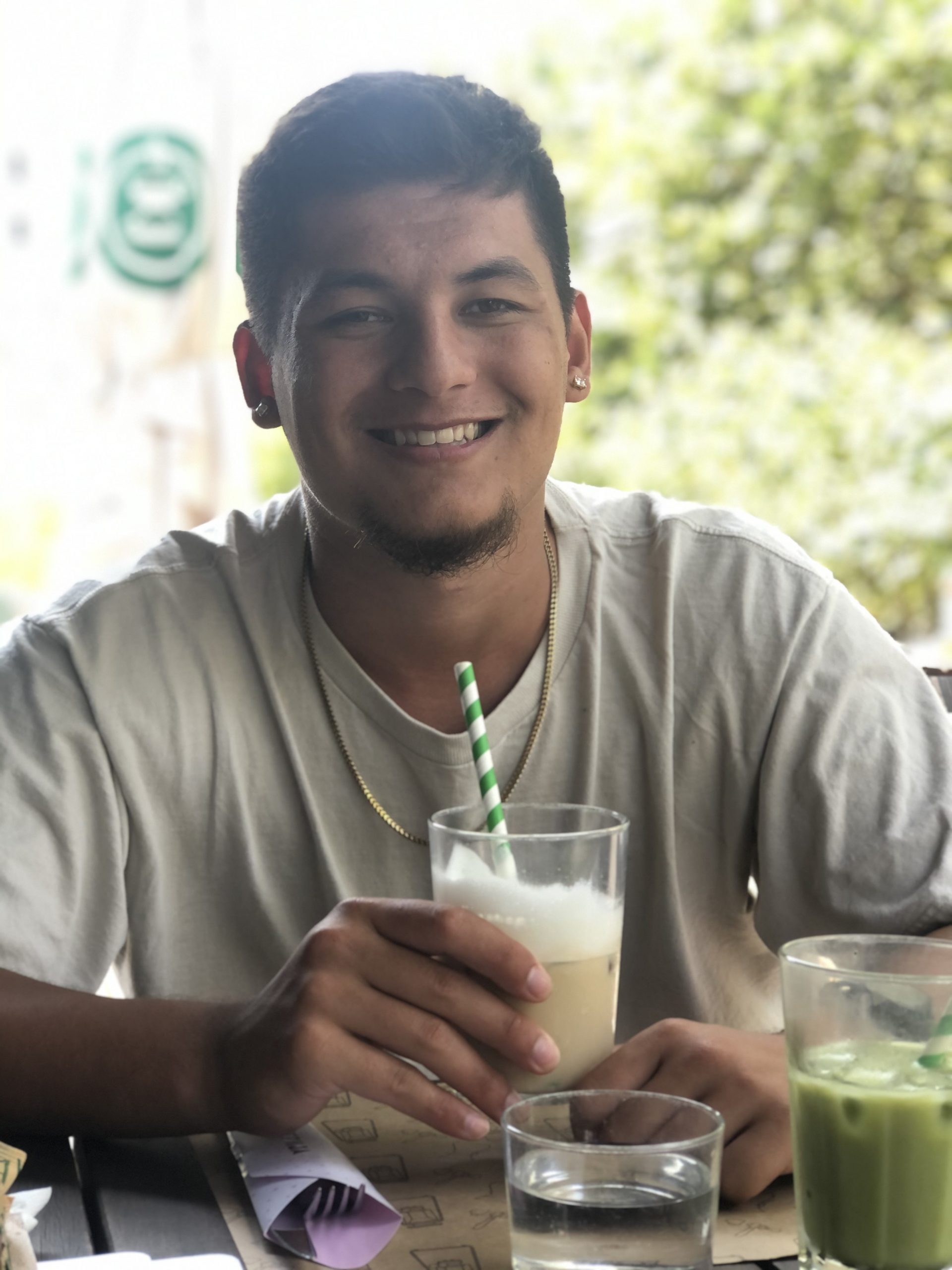 Kai grew up in Scotts Valley and has been an exciting part of GateWay’s youth group both as a student and then a leader. He is currently going to Bible college to pursue his passion for both preaching the gospel and youth ministry. He is not only a fan of Jesus, but also the 49ers, Warriors, and Mariners. Oddly enough, whenever he eats chocolate, he sneezes. It is clear that Kai puts the energy of his outgoing personality into loving God and loving others! 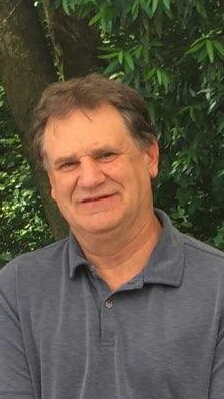 Perry and Terri Knorr met right here in Santa Cruz and have been married since 1980. On Sunday mornings, he helps to bring the Bible alive through his passionate teaching and storytelling in our children’s classrooms. He also has the privilege of writing and publishing various children’s stories for the Christian community online. Whether it be serving in our local city or helping on a global missions effort, Perry’s passion is to see God’s hand in everything the Church does. 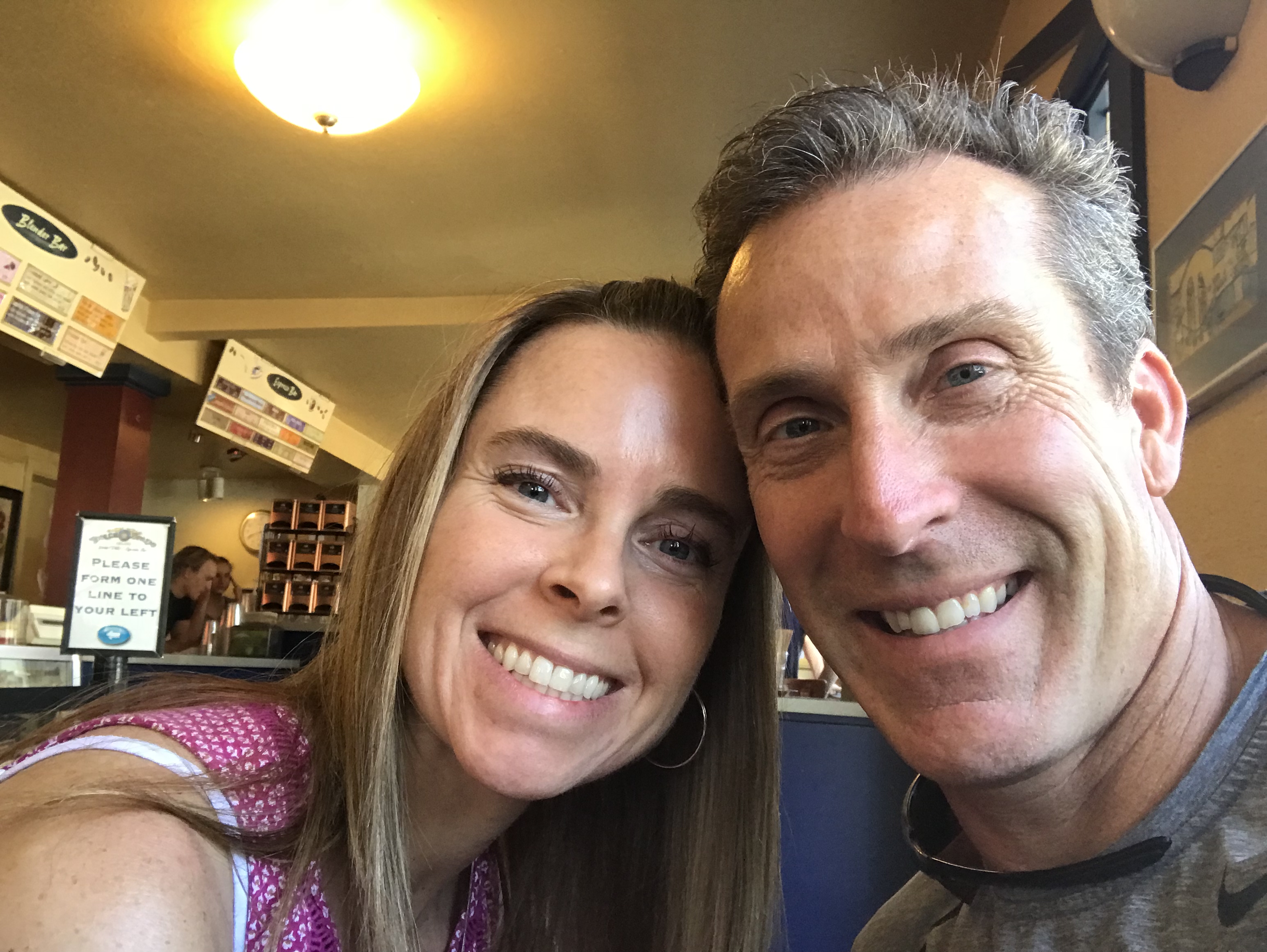 Ron is an Oregon native and has two of the best kids on the planet! Goals: “As a follower of Jesus-live the gospel and reflect Christ to the world around me. As a husband-love my wife as Christ loved the church. As a Dad-nurture my kids to love God with their whole hearts. As a leadership coach-walk alongside leaders by helping them grow, encouraging them to meet God in their circumstances and drawing out the very best in them.” Ron’s hobbies are running, biking (road and mountain), singing and playing guitar. He and his wife Shae enjoy doing just about anything with family! He’s had the privilege of serving in churches as a youth pastor, associate and lead pastor. Fact: Ron grew up in his parents’ meat plant and doesn’t eat hot dogs for a reason! 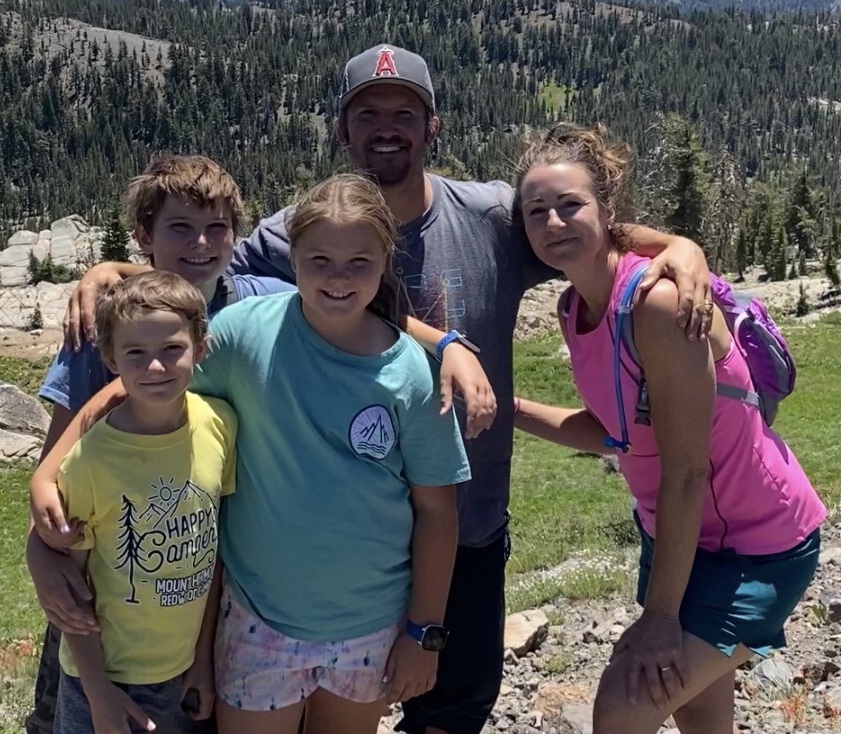 Ryan grew up in Gilroy and after spending the first dozen or so years of married life in San Jose, he and his wife Ingrid and their three kids moved to Scotts Valley after buying a dirt lot and building a home from the ground up. Beyond spending time with his family, Ryan enjoys most all things sports-related although over the years he’s discovered he’s playing them less and watching them more! 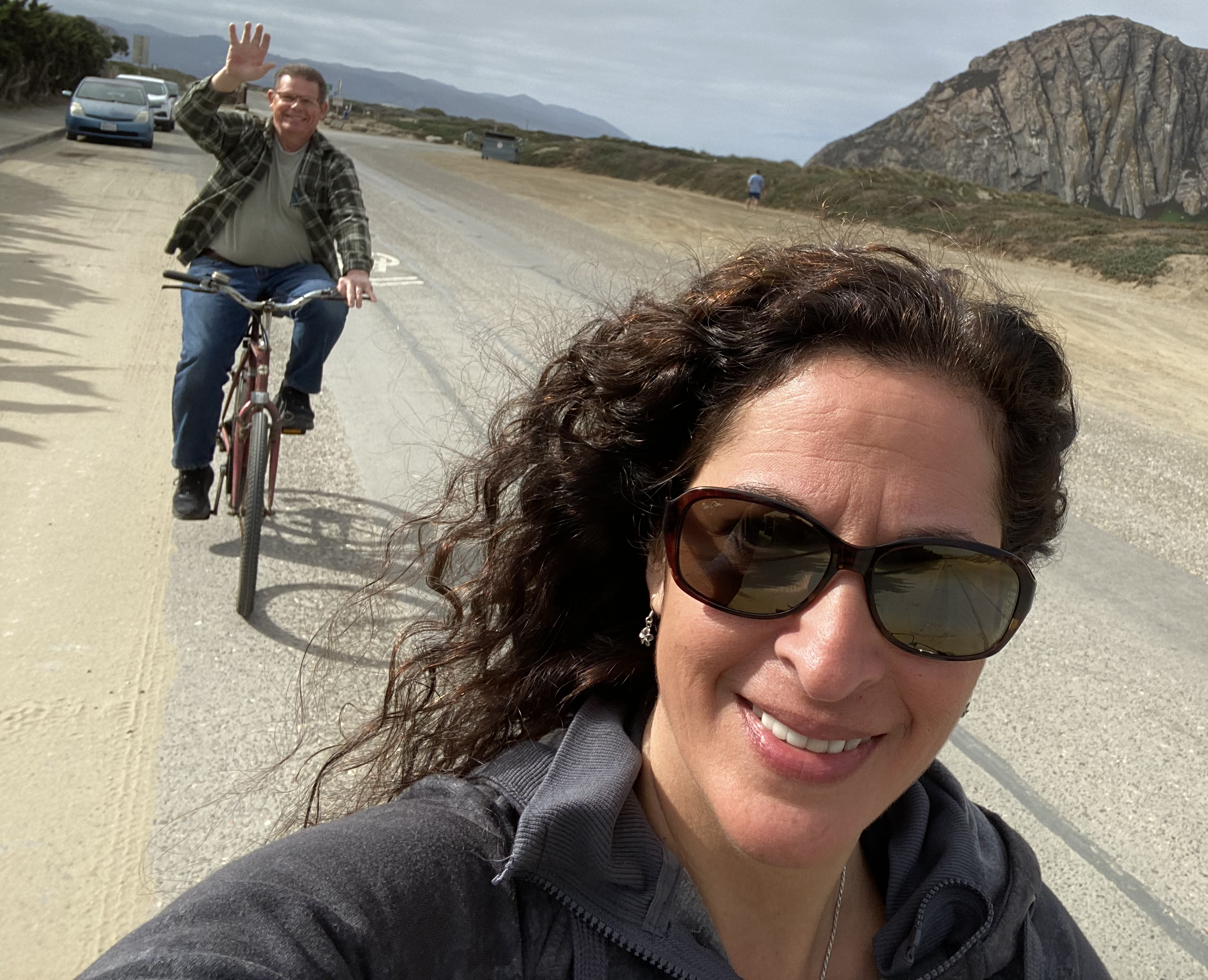 Sandrina loves the beach, tropical hikes, camping, holidays with family, Sudoku and Women’s Retreats! She is married to her wonderful husband Glenn and has three beautiful children who are the loves of her life. She’s been in Scotts Valley since 2002 and has attended GateWay Bible Church over 15 years. Sandrina also loves snorkeling, diving, hiking, traveling and building stuff/cooking with her dad when he visits. 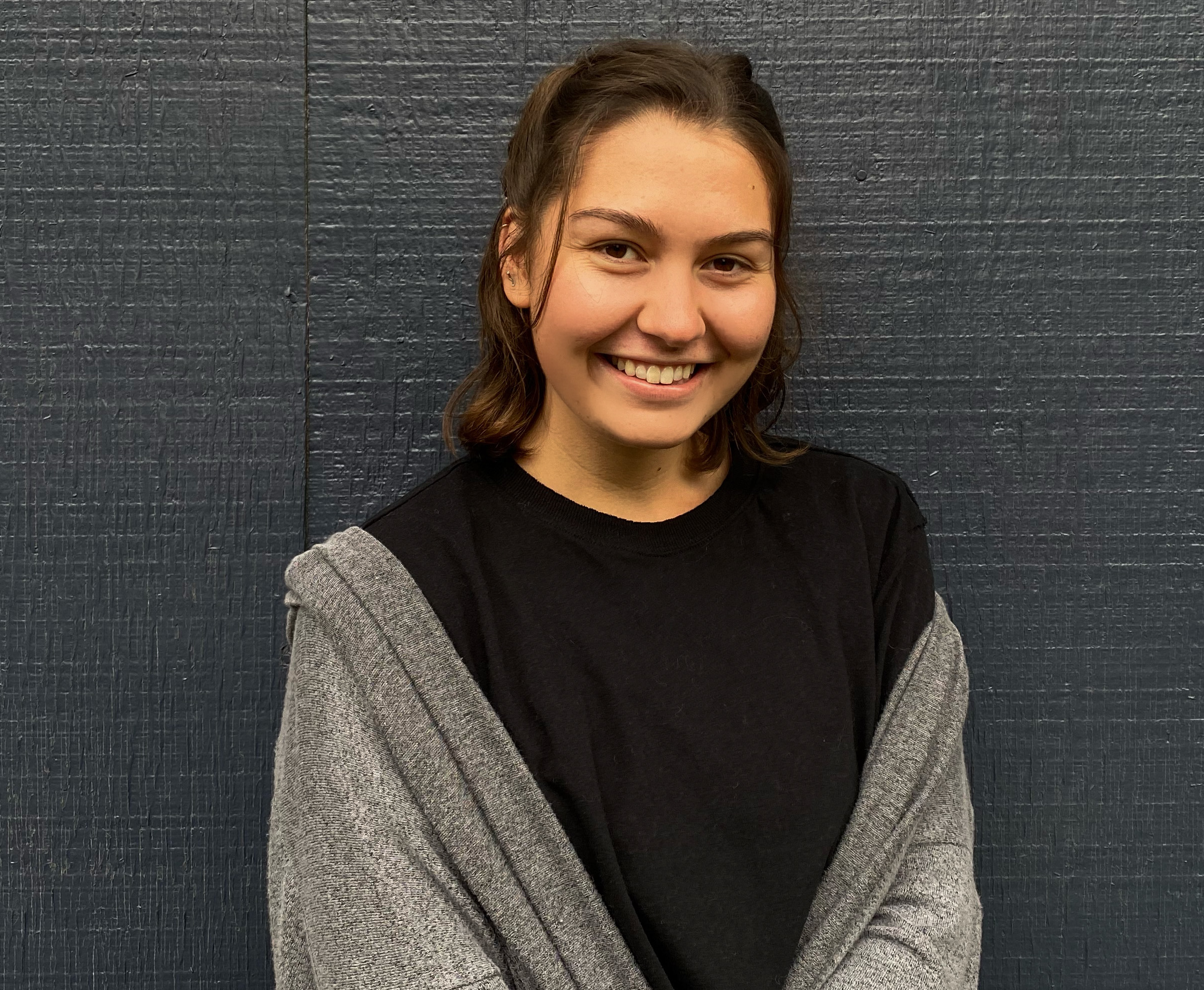 Taylor has lived in the Santa Cruz Mountains her whole life and encountered the love of Jesus when she moved away for college. As God led her to move home after graduating, she got connected to Gateway and started helping with the youth program. Taylor’s favorite things: Jesus, the beach, music, reading, and quality time with friends!

Our Elders join the leadership in taking the responsibility of praying and caring for the spiritual lives of our church. 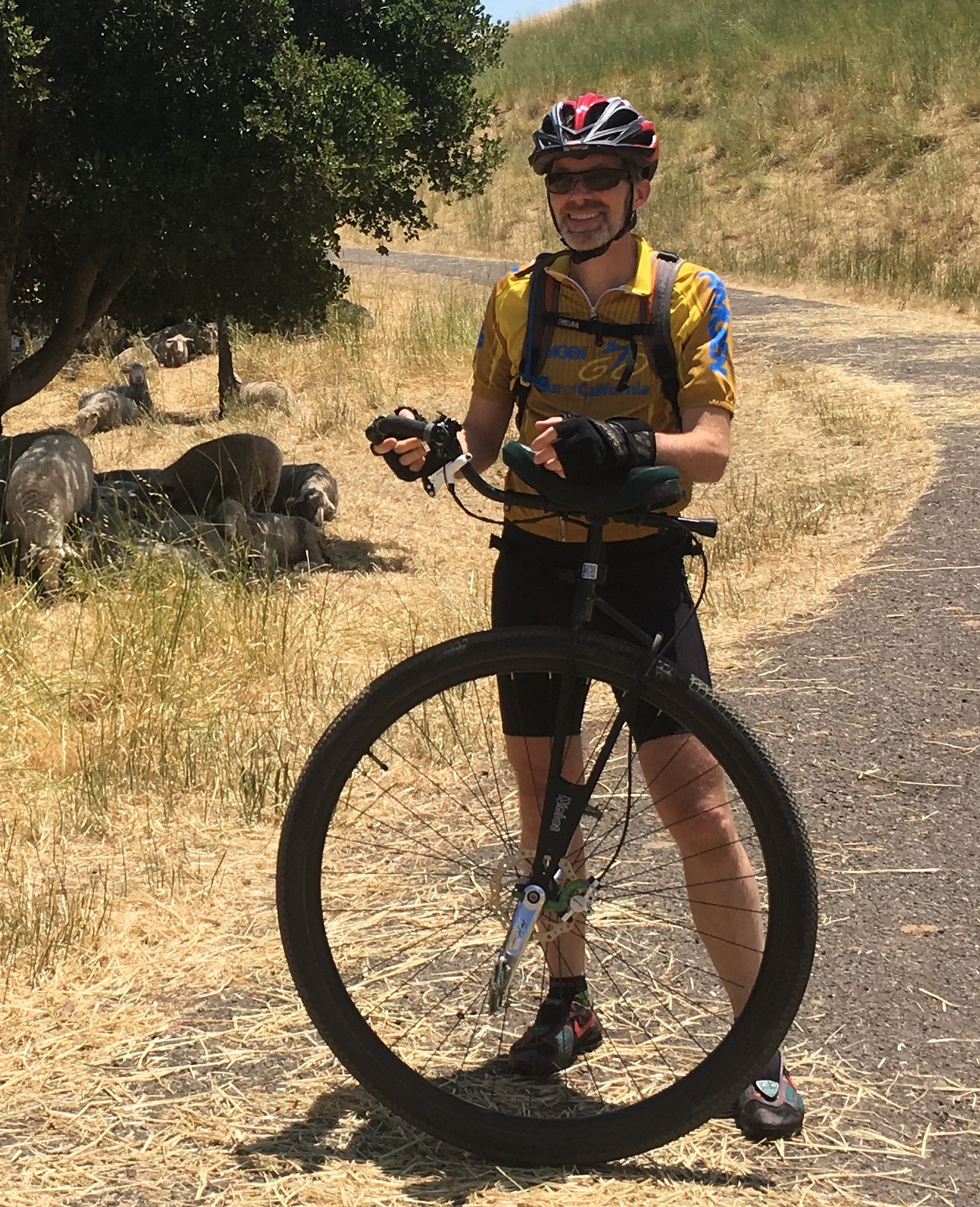 Eric is an engineer on the weekdays, a home remodeler on Saturdays, a husband and father every day.  He was raised in a Christian family and has been in some form of church leadership since college.  God gave him a scientific mind and one of his passions is studying how scientific evidence proves the existence of God and confirms the truth of the scriptures. Eric has been at Gateway for 12 years and also serves on the Global Impact team.  He has participated in several mission trips to places such as Chile, the Dominican Republic and Liberia.  Eric has been married to his wife, Donna, for 27 years and they have 4 kids in their teens and twenties.  He enjoys hiking and distance unicycling on his 36″ big wheel unicycle. He regularly rides in the hills around San Jose and has completed a 42 mile circuit of San Francisco on his unicycle several times. 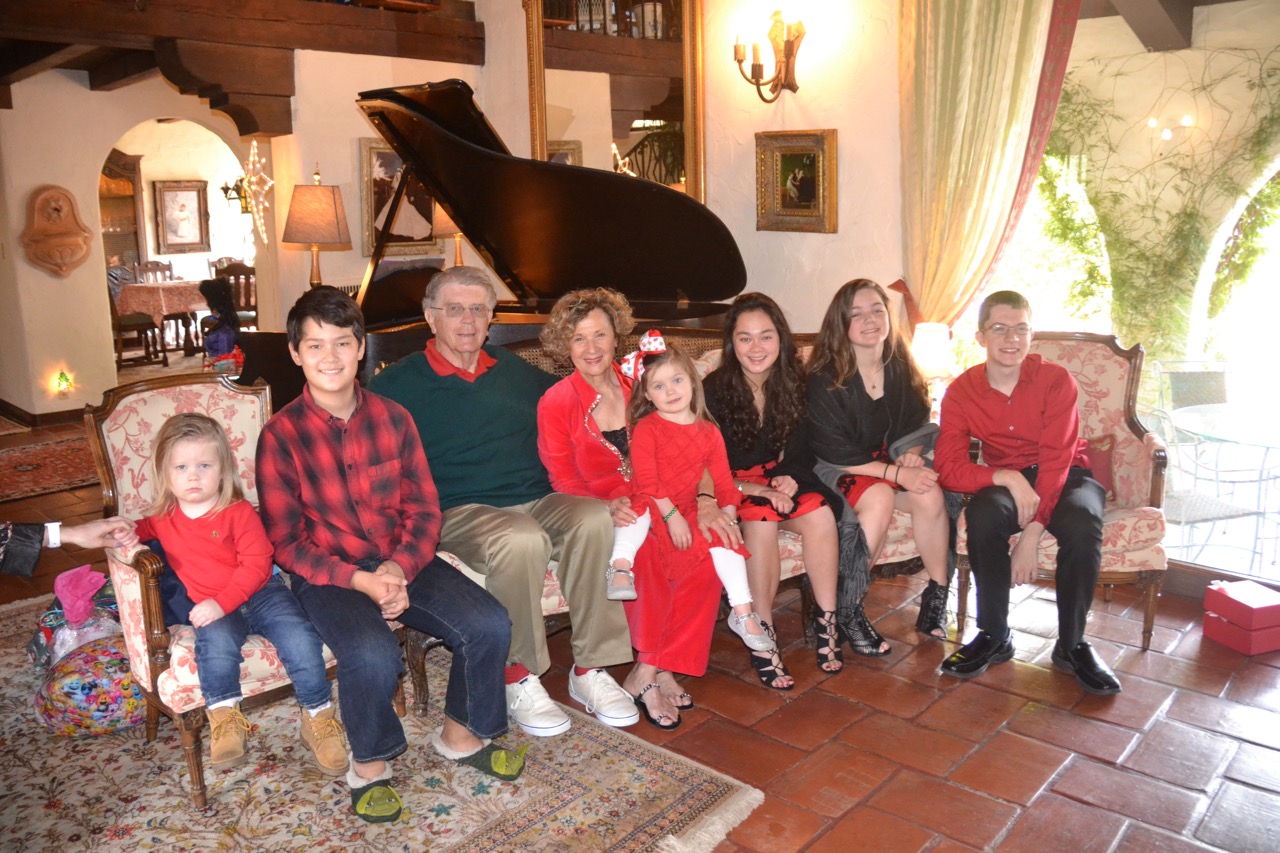 Floyd has visited virtually every country in Europe, most of SE Asia, Latin America, and from the Antarctic to central Siberia. He also enjoys an occasional round of golf and has followed the SF 49ers since 1946 – the year of their beginning. He enjoys reading theology, politics, and history.

Jean and Floyd married in 1959 after graduating from UC Berkeley. Interesting facts: He got involved with semiconductors before Silicon Valley was called Silicon Valley and worked at Fairchild and National Semiconductor. Then, he got into the computer business, first starting a company and later as EVP of Marketing and Sales at Apple. Before retiring, he spent 24 years in the Venture Capital industry. Floyd served as Co-Chair of the President’s Council of Advisors on Science and Technology in the White House from 2001 to 2009. He has three married sons and enjoys time with his grandkids hopefully helping them mature into stalwart Christians. Floyd also serves on an advisory board for Wheaton College, the board for Joni & Friends, and three technology companies. 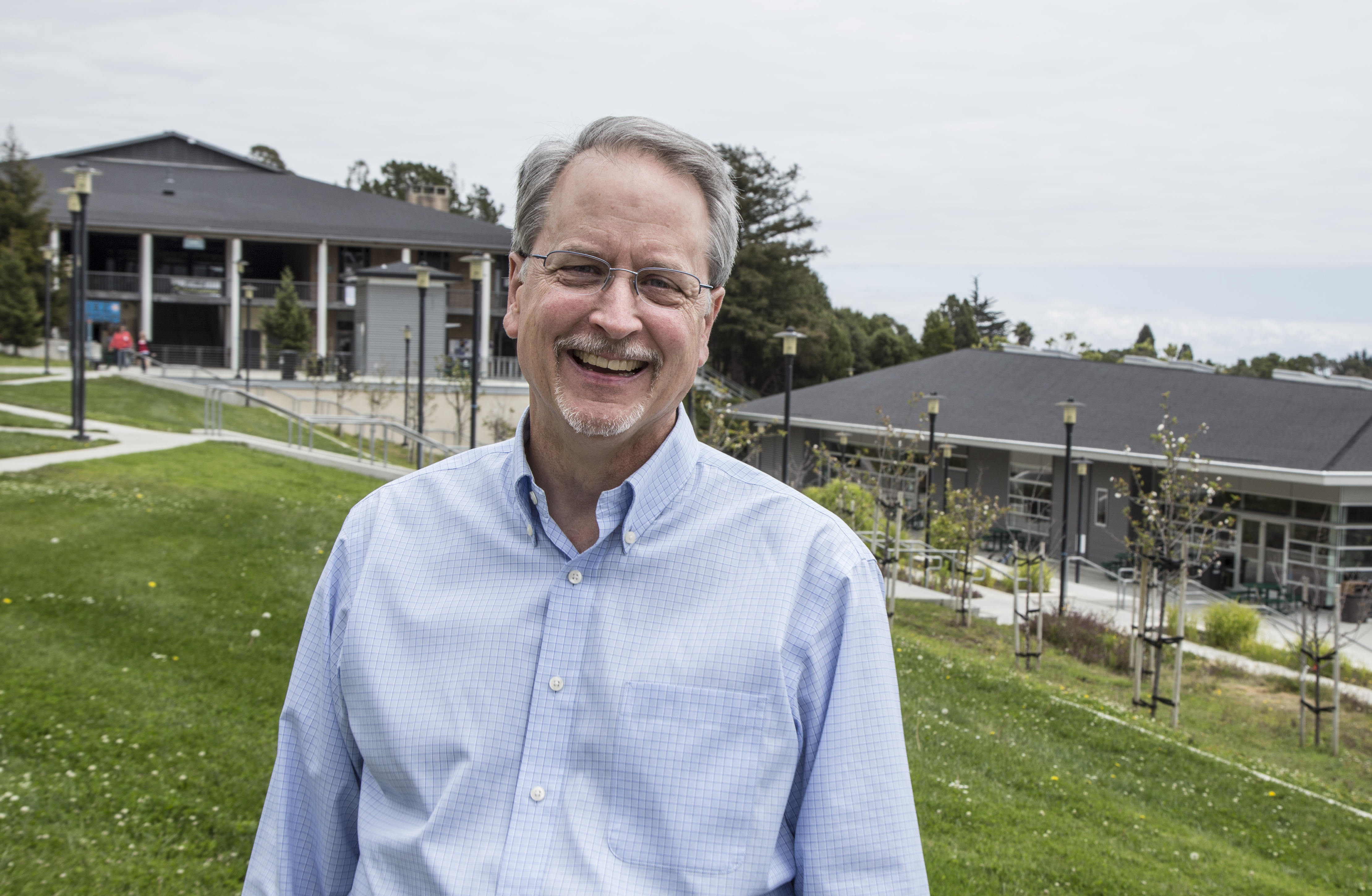 Gary is so blessed to be married to an amazing, Godly woman named Cheri! Together, they have raised five children…all of whom are adults now! Gary’s hobbies are reading, gardening, sports, and serving others. He loves to go on walks, dates, travel, or anything that involves his wife or his special needs daughter, Abigail Rose! Gary has been a Christian for over 45 years and has had the privilege to be a part of the leadership teams at several churches and Christian organizations. He has served as an elder, at another church, for over 20 years and now at GateWay for over 7 years. 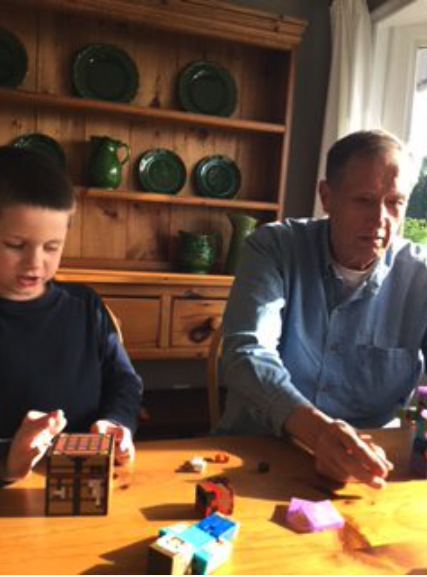 Ray’s hobbies are building, reading, gardening, and golf. Ray married Conni in 1972 (wow, that’s 45 + years!). They raised six children and have seven grandchildren. Ray wants to serve God where He places him. Currently that means assisting with the Benevolence Ministry and teaching toddlers with his wife Conni. He is a graduate of San Jose State College and worked in public service for twenty-two years  in Sunnyvale, CA. He’s also been a General Building Contractor for twenty-five years.

Ron is an Oregon native and has two of the best kids on the planet! Goals: “As a follower of Jesus-live the gospel and reflect Christ to the world around me. As a husband-love my wife as Christ loved the church. As a Dad-nurture my kids to love God with their whole hearts. As a leadership coach-walk alongside leaders by helping them grow, encouraging them to meet God in their circumstances and drawing out the very best in them.” Ron’s hobbies are running, biking (road and mountain), singing and playing guitar. He and his wife Shae enjoy doing just about anything with family! He’s had the privilege of serving in churches as a youth pastor, associate and lead pastor. Fact: Ron grew up in his parents’ meat plant and doesn’t eat hot dogs for a reason! 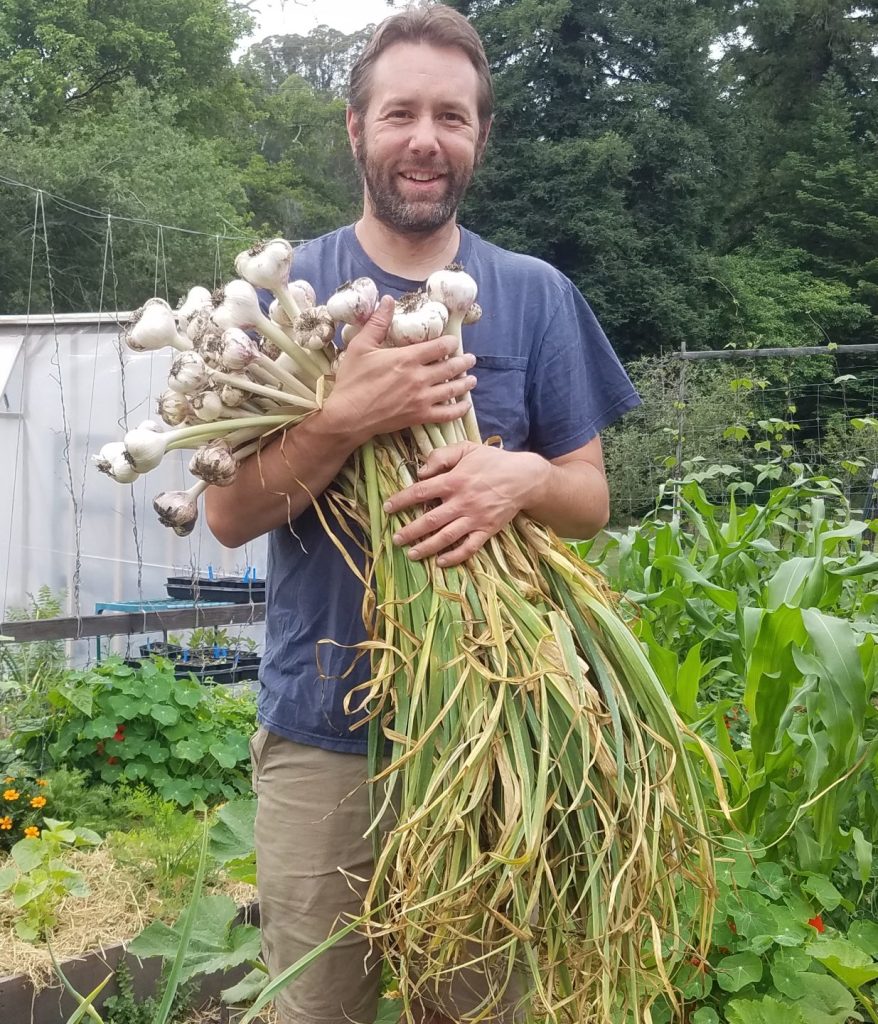 Devin was born and raised in Sonora, CA, the oldest of 7 kids.  He met his wife Laura on a worship team at Simpson College in Redding, CA.  They were married in 2003 and have 2 kids.  He is a skilled woodworker by trade.  He’s not a man of many words but, if you want to get him to talk ask him about woodworking, gardening, guitar, songwriting, theology, and the Bible.